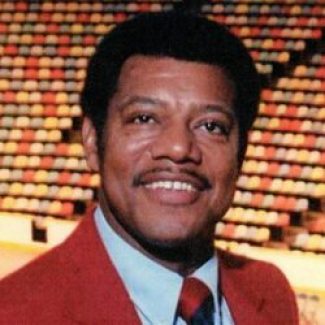 It is with our deepest sorrow that we share the passing of Anthony (Tony) Yates, beloved husband of Maxine Yates (nee Hoyles) for 62 years. Devoted father of Briana (Freddie) and Anthony. Grandfather to Aaron and Erica. Brother to Mildred Croley and Fletcher (Ginny).

His quick wit and infectious smile and his kind and compassionate spirit will be missed by all. In lieu of flowers, memorial donations in honor of Tony Yates will be welcomed by Lockland Wayne High School Scholarship Fund and The Alzheimer’s Association.

Anthony James Yates was born September 15, 1937 in Lawrenceburg, Indiana to the late Robert and Alice Ware Yates. He departed this life on May 16, 2020 at the Sheridan Memory Care Unit in Mason, Ohio.

Anthony ( affectionately known as Tony) was united in Holy Matrimony to Maxine Hoyles on August 9, 1958. This union was blessed with two children Briana Chadwell and Anthony James II. Tony accepted Jesu s Christ as his savior at an early age.

Tony graduated from Lockland Wayne High School, after graduation he joined the Air Force, where he continued to play basketball but his dream was to play collegiate basketball. In 1959 he entered the University of Cincinnati basketball team as a walk-on player. He received a full scholarship in his junior year after the team won their first NCAA Championship. Tony was a starting guard all four years at UC , and instrumental in leading the Bearcats to consecutive Missouri Valley Conference Championship.

However his greatest accomplishment was helping the Bearcats to three NCAA Men’s Basketball Championships in winning 1961- 1963 and runners- up in 1963 -1964. As a collegiate athlete, Tony received numerous recognition including being named Alt American by the Helm Foundation, third team All-American by the AP Press and honorable mention All-American by the UPI and Sporting News.

In a tribute to Tony’s defensive prowess, he was a 3-time winner of the Bearcats Best Defensive Player award. Tony was drafted by the NBA’s St. Louis Hawks after graduation.

Tony was in the Junior Executive Program at U C and after graduating he worked at Shillito’s { Macy); then at Drake Hospital as director of Human Resources; he also worked as a scout for the Cincinnati Royals Basketball Team. He began his coaching career at University Cincinnati as an assistant coach, then at the University of Illinois with Gene Bartow and later Lou Henson. He received his dream job returning to his Alma Mater as head coach at the University of Cincinnati. He is the first and only black coach at UC. After coaching at UC, Tony went into insurance business, then became an investor in a local automobile dealership.

Tony’s love of golf lead him along with the help of golf professional Zack Fink to fulfill another dream starting the “Tony Yates Junior Golf Academy.” His goal was to create inspiration and build self-esteem through the game of golf and life skills. Tony was successful in getting Tiger Woods and his father to come to Cincinnati and put on a two day Clinic in the summer of 1999. Over more than thirty plus years of running the academy, students with good attendance and perseverance received a set of golf clubs and bag; and some  participants received scholarships from the Foundation if they attended college or trade school. One of his players attended Ohio State University and played on the golf team, in his senior year as captain of the team they won the big ten championship. He was very proud of the kids who attended the golf academy. 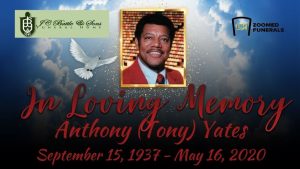