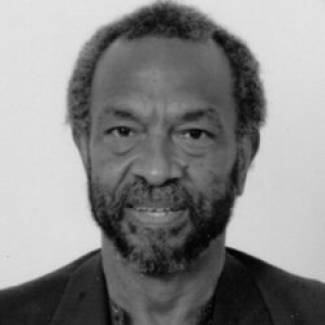 The very oldest of the six Cooper children, Bennett Jr. was born to Bennett Sr. and Zelda on October 31 (yes, Halloween), 1943 in New Orleans, Louisiana.  His other parents, Emmett Jr and Ermelda were preparing to have Bennett’s “almost twin”, Emmett, three months later. Over the next 5 years the remaining four Cooper children were added, two each to the Bennett Coopers and the Emmett Coopers.

But make no mistake, Bennett Jr. was not only the leader of the Cooper pack, but he was also the oldest kid in the neighborhood.  He was thrust into leadership and took on that mantle handily if not forcefully at times.

The Bennett Coopers moved to Mansfield, Ohio in 1957 when Bennett Jr. was starting high school at St. Peter’s.  That previous summer, he’d spent several weeks in Harlem where Bennett honed his basketball skills.  Those skills served him well as he played all four years in high school, was named to the first-string All-Ohio basketball team and made honorable mention All-American. Besides his physical prowess, Bennett was both smart and he was quick-witted.

His brains and brawn caused numerous schools to recruit him.  Xavier convinced him to come (and Emmett, by the way), and he became XU’s center for 4 years even though he was not the tallest person on the team.

His first daughter, Tonya was born to Margo and him as he was entering Meharry Dental School in Nashville.  Shortly thereafter, Gina, his second daughter was born. Tragedy struck that next summer as Bennett had an industrial accident which costs him most of his hands and required a major change in Bennett’s life plans. He went back to school and subsequently received his master’s degree in Psychology from University of Cincinnati where he made lifelong friends.

As Emmett would say, ”Bennett lived his life out loud.”  When he walked into a room, you knew he was there.  He had quite strong opinions about things that were important to him.  If you were going to debate him, you’d better be prepared.

And loud he was, when he appeared at Virginia Union University, and caught the attention of Anne Charlton just as she caught his.  His third daughter, Jana, he inherited from Anne. And together, Bennett and Anne had Bennett III.

It was clear to us with Bennett, that family came first.  From the elders to the youngers, Bennett paid attention to the relationships he formed.  His love of food extended to his love of feeding people and he usually started with us.  The tastes of his birth city, New Orleans, were not lost on him.  And you could always see him bringing oyster or shrimp po’boys to Zelda and Melda.

Bennett was a great Dad and eventually Paw-Paw to his grandchildren. He was also a good friend, appreciating those who were not like him but persons he liked nonetheless,

Do you remember the accident mentioned earlier? Few who knew him well do.  His accident never defined him as a person.  Victimhood never suited him and he preferred doing the things that he was capable of himself. When speaking of him, no one mentions his hands because he was so much larger than that.

Bennett was also known for his sense of humor.  His language could be quite colorful and he was both outrageous and irreverent.  Nothing was off limits with him.  What you saw was what you got.

And all of that says little about the contributions that Bennett made to the Cincinnati Community. The vast majority of Bennett’s working life was spent as the Executive Director of Central Community Health Board.  He was a thought leader in addiction and mental health services.  He was as comfortable with the neighbors he served as he was in the board rooms he frequented.  Bennett was known well and advised those at the state level as well as nationally. The influence of his work was quiet and impactful.  There are hundreds of lives that are better lived because he was here. 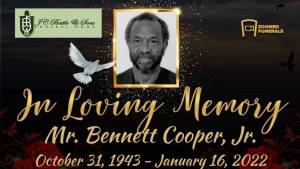