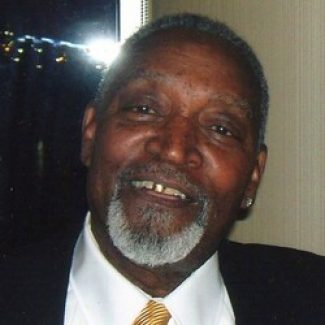 A virtual funeral service for Donald Earl Johnson will be live-casted on Zoom and on Facebook.

Donald Earl Johnson was born in Cincinnati Ohio on January 4, 1939. He was the second of four children born to the late Elder Booker T. and Ida Mae Phillips-Johnson.

Raised in the East End of Cincinnati, he attended Highlands School and graduated from Withrow High School. In high school Donald was very athletic. He played football, was an avid boxer and sang in the minstrel choir. After graduating from school he worked at General Motors. He then began working with his Dad in construction, specializing in expressways. Donald later went on to start his own successful construction company resulting in many beautiful one of a kind projects throughout the tri-state area.

Donald was a member of Zion Temple First Pentecostal Church and was baptized and filled with the Holy Ghost under the leadership of his uncle, the late, Bishop Jasper Jaye Phillips.

He loved his church family and would work around the church to help maintain the building.

He departed this life on Thursday April 1, 2021 at his home at 4:50pm. He leaves to cherish his memory his devoted wife of 60 years, Eddie Mae Johnson; his children, William Earl, Torres Antoine (Schenelle), and Kimberly Johnson. Bryon Edward proceeded him in death. He also leaves to cherish his memory, his sister, Rosetta Johnson. He is predeceased by his brother, William; and his sister, Ida Mae (Tutti). He also leaves to mourn his 10 grandchildren; Torres Johnson (Kimberly), Alisa Walters (Philip), Scierra Johnson, Tisha Johnson, William Johnson II, Daniel Johnson, Schenelle Johnson, Brandon Johnson (Shay), Chris Kinsey, and Bryon Johnson. He also leaves 12 great-grandchildren, and a host of nieces, nephews, cousins and many close friends. 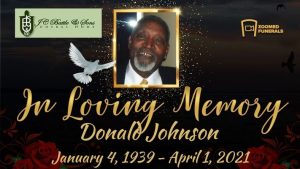