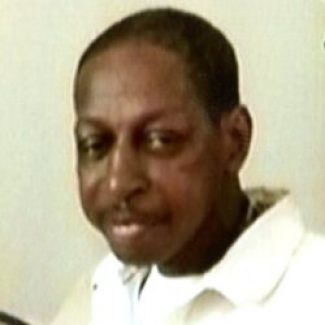 Esther May and Leroy Gill welcomed Earl J. Gill into this life on May 16,1961. Earl was one of seven children being the baby of the boys.

Earl had a great life. He attended Cincinnati Public Schools and worked throughout his life.

Earl was widely know as “40”, “Earl the Pearl” or a family favorite “Unc”. He was an avid sports watcher, Cincinnati Bengals being his favorite team. Lately his favorite things to do was to watch cooking TV shows while building the greatest relationship with his grandchildren.

Earl had a great bond with all of his grandchildren, but his first born grandson shared something special, so special that everyone called him “Lil 40” because they looked and acted so much alike.

Leaving to cherish his memories are: his children, Earl Gill, Jr. (Ashley) and Bianca Gill; grandchildren, Zion, Zaire, Zada, Zai, Mere, Jaylin, Kamare, Messiah and Elaysha; siblings, Diane, Vera, Terry and Paulette Gill; brother by law, Lavel Wright; and a host of nieces and nephew and our Atlanta Family. Definitely not to forget his best bud who hung with him day in and day out, Recardo Hawkins. 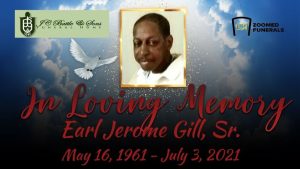