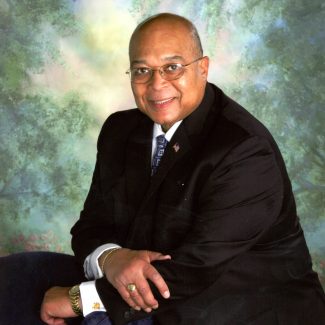 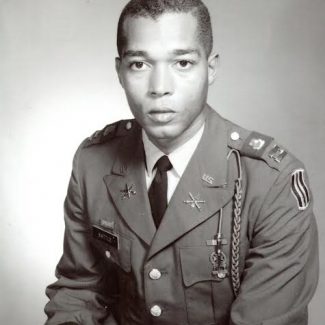 Traditional Service on Saturday, September 18, 2021 at 11:00 AM at Kennedy Heights Presbyterian Church.

Lynwood Battle was born to the union of Lynwood and Frances Battle on December 31, 1942. At the age of 78 he departed this life on August 29, 2021 following a lengthy illness with heart failure.

He was raised and educated in Cincinnati, Ohio. After graduating from Walnut Hills High School, Lynwood attended the Ohio State University. He graduated with a B.S. in Biology.

After his marriage to Barbara Frances Battle in 1965 he enlisted in the Army. As a captain in the Army he was stationed in the Panama Canal Zone and  in Vietnam.

Lynwood’s professional career was spent in the role of manager of Diversity at Procter and Gamble. A devout Christian and member of Kennedy Heights Presbyterian Church, Lynwood served as a lay preacher and a member of the Presbytery of Cincinnati.

He held many community service positions: Cincinnati Public School Board, Cincinnati Zoo Board, Springer School and Center Board, Cincinnati Children’s Hospital Board of Trustees. After retiring from a 28 year career with P&G, Lynwood worked full time at the family business JC Battle and Son’s Funeral Home.

Lynwood is preceded in death by his wife of 38 years, Barbara.

He is survived by daughters Monica and Brooke, granddaughters Morgan, Isabella, and Maddison, siblings DeWitt, Theresa Anderson, and James (Dr. Dorothy).He leaves to mourn his passing a multitude of other family and friends.

Lynwood Battle- Celebrating him through his daughter’s eyes:

Lynwood Battle modeled leadership, service, and faith. He was a man of wisdom, integrity, and warmth that connected with people everywhere he went. His sense of gratitude and thanksgiving resonated with everything that he did whether it pertained to family, service, work, or his many friendships.

He had many defining moments in his lifetime: attending The Ohio State University and making the OSUMB. Certainly, the highlight for any sousaphone player is to get the chance to dot the “I”. Lynwood dotted the “I” twice. He was also the ROTC Band Commander.

Another defining moment occurred while he was a Captain in the U.S. Army Field Artillery serving in The Canal Zone and Vietnam in 65’-69’. Lynwood distinguished himself by outstanding, meritorious service in connection with military operations in the Republic of Vietnam. He was awarded a Bronze Star Medal. His loyalty, diligence and devotion to duty were in keeping with the highest traditions of the military service.

Lynwood worked part time at the JC Battle and Son’s Funeral Home while taking a full-time job at Procter and Gamble. He felt that if he wasn’t giving something back to the community, he’d shrivel up and die. Children, education, and equality were at the center of his heart.

When asked how he defined his life, Lynwood answered, by being of service. Bridges for a Just Community honored Lynwood by presenting him a “Distinguished Service Citation at its 59th Annual Dinner. It was in appreciation for his commitment to public service by serving for eight years, including two as president, on the Cincinnati Board of Education, during which many far-reaching district reform decisions were made, and by continuing to serve as a trustee of several community organizations, including Cincinnati Children’s Hospital Medical Center, The Cincinnati Zoo and Botanical Gardens, Springer School and Center, and the Presbytery of Cincinnati.

Lynwood believed that the most precious thing in the world, for anyone, is the love of one’s family and the esteem of one’s friends. He felt like he hit the lottery when it came to friends and family. Marrying his wife Barbara, an educator with Cincinnati Public Schools was another defining moment that led to the birth of their two children, Monica and Brooke. Being a devoted husband, father, and grandfather was his greatest achievement.

Lynwood’s career at P&G as manager of diversity was another defining moment of his life. During his 28 year career at Procter and Gamble, Lynwood played a major leadership role in diversity. Most notably his work that inspired and improved P&G’s culture in the area of diversity and inclusion by recognizing those LGBT + leaders and allies who through their actions and approach made a profound difference at an individual, organizational and/or corporate level. Lynwood paved the way for P&G to drive more inclusiveness and ensure their LGBT+ employees felt protected. He was awarded the Ally in Action Award in recognition of his work. His contribution to this work is captured in a documentary titled, “The Words Matter” which was awarded a Silver Film Lion Award at the International Festival of Creativity 2018 Cannes.

Later in life Lynwood returned to his roots to work at the family funeral home, a business that was started by his grandfather in 1933. One of his greatest joys came from working alongside his brother James Battle III, and having the privilege of comforting and supporting families through the difficult time of losing a loved one.

When trying to synthesize all that Lynwood Battle accomplished and gave in his lifetime, it all comes down to this; Lynwood Battle was a person who cared, nurtured, led, coached, and loved. Bridges said it best, “in gratitude for these and countless other acts of civic leadership and selfless giving to others- WE THANK YOU! And may your noble example and benevolent deeds rebound to the everlasting benefit of your family, your friends and your community.” 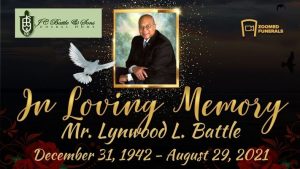