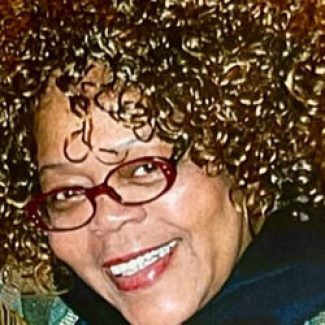 On February 1. 1939, one of God’s most amazing creations breathed life, and she was named Mary Lou Ogletree. If you knew Mary Lou, you knew she was easy to love – warm-hearted, creative, vibrant, ambitious, and rarely in a bitter mood. She was born and raised in the quaint town of Batavia, Ohio to Clarence Ogletree and Mary Ogletree (Batts), both deceased.

Mary Lou loved to tell the story of meeting the boy who would later become her husband. As eight-year-old Mary stood outside with her umbrella playing in the rain, a vehicle drove past with her new neighbor (a young boy) as one of the passengers and the rest was history. Mary Lou Ogletree became Mary Lou Bohannon after marrying the love of her life, Everett Marshall Bohannon. They shared 63 years in a blessed union.

You can refer to Mary Lou as a “Jill of all trades.” Starting at a very young age, Mary Lou’s father consistently encouraged her to do and be anything she wanted. Her approach to life was reflective of that encouragement. She believed she could, so she did.

Mary Lou started her most challenging careers as wife and mother in the 1950s. She and her husband, “Bo,” raised their three sons: Doug, Ed, and Eric in Blanchester, Ohio and in the mid-1960s, welcomed a daughter, Eleese.

Mary Lou had a heart of servitude and enjoyed helping others. She worked at Christ Hospital located in Cincinnati, Ohio in the 1960s.

In the 1970s, Mary Lou was employed with Cincinnati Bell, located in Wilmington, Ohio. She started out as a telephone operator and later earned a supervisory position. She also loved to play on a women’s softball league in Blanchester, Ohio during this time.

In the 1980s, Mary Lou decided to try her hand at Corporate Real Estate. She was a very successful real estate agent for Sibcy Cline. Yet she once again followed her heart to serve others and began her tenure at The Lodge Care Center in Montgomery, Ohio during the 1990s. She became the Director of Domestic Services and finished out her career at the Lodge until her retirement in the early 2000s.

Mary Lou was a truly well-rounded woman. She had a keen interest in astrological studies and holistic healing. She kept in shape over the years by practicing yoga and walking. She was an avid reader. She loved playing cards with her husband and brothers. She was a collector of fine antiques and artwork and loved to travel. She had the most beautiful pieces of jewelry, an amazing sense of style and the wardrobe to prove it. She enjoyed an occasional trip to the casino with her best friend. She was passionate about the Lord, her close friends, and of course, her family. She could do anything. To say she will be missed is truly an understatement. 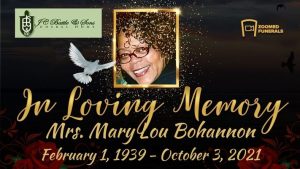