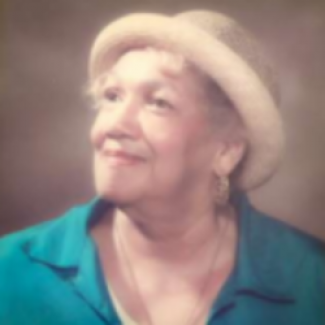 A virtual memorial service for Mildred Eloise Sloan Glass will be live-casted on Zoom and on Facebook.

Mildred Eloise Sloan Glass born May 26, 1924 was the only child born through the union of William Hayden Sloan of Stateville, N.C. and Susie Will Reeves of Jackson, GA.

Mildred married Charles Genrich Glass in June, 1946 and from that union was born five children. She was a dedicated and loving wife and mother. She always had a kind and gentle way with her words. While she was not big on cooking herself, she did really enjoy the family Holiday Dinner get-togethers. Mildred’s biggest hobby was traveling. Her excursions included several cruises to various islands, trips to Canada, Hawaii, and some National tours including going to the dog races in Wheeling, WV.

Raised early in the Christian faith, she attended St. Andrews Episcopal Church and later joined Lee Chapel AME Church. She enjoyed helping others and serving where ever needed. She was President and member of the Lee Chapel Women’s Missionary Board.

Mildred attended Columbian Elementary School and graduated from Withrow High School. While in high school, she showed a strong interest in secretarial/office procedures. She especially excelled in her typing skills, filing, and management. Of course at that time counselors told her that she wouldn’t need to know those skills and that she should just concentrate on having strong home-making skills such as cooking, cleaning, ironing.  Well she went on to attend West Virginia State College where she pursued her secretarial/office management ambitions. Upon returning home, Mildred’s office skills earned her good employment throughout her career. One of her first jobs was at the old Jewish Hospital on Burnet Ave. She worked in the X-Ray Dept. filing & record keeping. She often talked about walking the old underground tunnel between Jewish and General Hospital to deliver x-rays & records for filing. In the  mid ‘50s to early ‘60s she worked as Secretary to the Principal at the old St. Martin de Porres Catholic High School for boys located at Court & Mound Street in downtown Cincinnati. She worked there until the school closed in the 1960’s. From there she went on to work for the Cincinnati Chapter of the Red Cross for ~10 years. She provided secretarial support for several departments while there. After that, she went on to work another 10 years for the Cincinnati Board of Education as a secretary in several schools. Along the way and with the changing times, she realized that just having good skills was not enough to make it or advance. She attended evening college at both the Cincinnati Metropolitan College and University of Cincinnati, earning an Associates degree in both Administrative Assistant and Executive Secretary.  Even after ‘retiring’, she worked part-time as an Avon Representative and an avid Poll Worker for many years until her health started declining and she was no longer able to drive.

Her life and memories will always be cherished by her children: Charles Hayden Glass (Dorothy), Yvonne Glass-Hocker (Gordon), Kevin Reeves Glass, and Keith Genrich Glass (Aileen). Both her husband Charles G. Glass and daughter Velvet Verna Glass proceeded her in death. She also leaves 10 Grandchildren: Khalil, Amina, Angel, Elonzo, Corey, Casey, Jamel, Charles A., Mary, and Marissa and a host of great-grandchildren, other relatives, and many faithful friends. 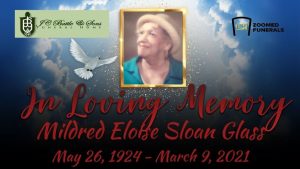