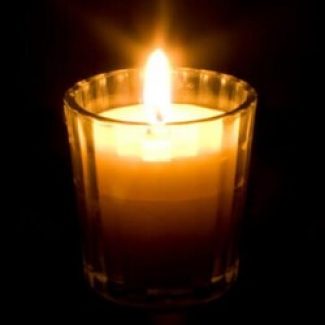 Annette Stewart was born July 27, 1957, to the union of Wille Otis and Alice Armstrong-Stewart, in Cincinnati, OH, where she lived her entire life. She was the “middle” child of five and second oldest daughter. She was preceded in  death by her father, “Doc”, mother, “Sally,” her only brother, Willie James, and her younger sister and best friend, Alice LaVette. Annette departed this life  peacefully in her sleep, on Friday, March 4, 2022.

Annette was raised with her siblings in West College Hill, also known as the  “Steele Sub”, or to others from “down home” as “Lil Sparta”, as many families  migrated from Sparta, GA, where Annette would spend many summers growing up  as kid. She started her education at Steele Sub Elementary School before  transferring to Josie E. Becker Elementary due to the closing of Steele Sub school.  She graduated from North College Hill High School in 1976. She also attended New Life Baptist Church in W.C.H., where she accepted Jesus Christ at an early age and was baptized by her late uncle and founding pastor, Rev. E.D. Thompson. She remained a member of the New Life until her passing.

Throughout her life, Annette worked at several places as a forklift driver including General Electric (GE) and Champion Windows. As she got older, she  decided to change paths and worked as a housekeeper at Northgate Park, where she  personally knew several of the residents and took extra special care of them.  She would do anything she could to help anyone in need. It is at GE where she would meet long-time significant other and partner, Jerry O’Neil.  Annette and O’Neil would spend many years together living in Forest Park, OH.  Although she had no children of her own, she helped raise her two step-kids, Twana and Jerry Jr. Some of their favorite pastimes were going to local festivals and concerts. She also enjoyed taking the kids to Kings Island, where she became a pro at Whack-A-Mole. There was never a trip where she didn’t win somebody a giant stuffed animal.

Annette had a very “unique” personality, meaning she was outspoken, and comical without even trying. If you ever met her, you didn’t forget her. She didn’t hesitate to voice her opinion about anything to anyone, sometimes in a language that only Annette understood. And she had a beautiful singing voice.  It was one of her favorite things to do. She will be missed by those who loved her.