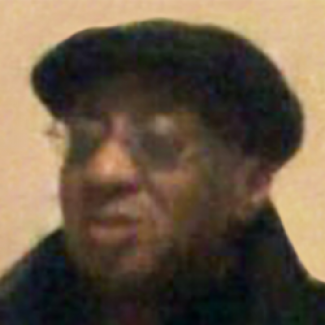 Neal Johnson, Jr. aka “June” or “Virgo” was born on September 6, 1944 to Mendora and Neal Johnson, Sr. in Cincinnati, Ohio. He was the oldest of five children. He was 77 years old when he was called home at Drake Vitas on February 15, 2022.

June, short for Jr., was born and raised in Cincinnati, Ohio, where he attended Hughes High School. Later, he went onto bartending at Penn, where he met and devoted his life to Marsha Childers for 45 years. Virgo was funny, loving, and caring as well as an independent and private man. Then having the opportunity to work for A-1 Cincinnati Sports Service aka Paul Brown Stadium, where he retired from service. Virgo loved working and spending time with his family. He loved holidays, barbeque, Frish’s fish sandwiches, pork chops and don’t forget cooking for the grandkids.

Virgo was preceded in his death by: his parents; two siblings, David and Edna Johnson; and one grandchild, Paris Craddock. 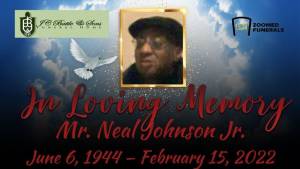