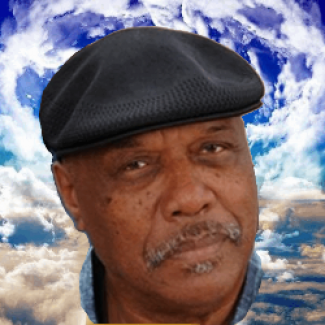 Subscription
Tommie L. O’Neal, passed Saturday, October 9, 2021, age 77 years. Visitation is Saturday, October 23, 2021 from 9:00 AM until 10:00 AM, and the funeral service begins at 10:00 AM, both held at House of Joy Christian Ministries. To view the virtual funeral service, please click or tap the following link: https://www.zoom.us/jcbattleandsons To view via Facebook, please click or tap the following Facebook Event link: https://www.facebook.com/jcbattleandsons/events

Tommie Leon O’Neal, 77, was born in Tallassee, Alabama on June 5,1944 to the union of John AllenSr. and Edrena May O’Neal, who precedes him in death. He is also preceded in death by his brother James “Chick” O’Neal, grandson Tyequaze O’Neal, and great-grandson Kyrail McLean. Tommie married his teenage sweetheart, Charity, on January 29, 1965. Tommie and Charity moved to Cincinnati in 1968. Tommie worked for Jefferson Smurfit and Nivision Weiskoff Company, from which he retired. After a brief period of retirement, he returned to work for Maple Knoll Village. He medically retired in 2001. Tommie loved traveling with his wife and children. His greatest passion aside from his family was baseball. He played for the Tuskegee Colts. He was affectionately called “Go Left” because he was the best lefty around. He was infamously known for hitting the ball out of the park. After relocating to Cincinnati, he continued to play baseball. After his playing days were behind him, he began coaching and volunteering his time to the youth in his community. He coached for the Sugar Shack Yankees where he coached his son and numerous young men who still refer to him as “Coach”. He also loved to shoot pool, play cards with his family and friends, and hanging on his porch with his best friend Darren Carnes. Tommie leaves to Cherish his memories: wife of 56 years Charity Henry O’Neal, which through this union five children were born, Tanja O’Neal, Brilliantine O’Neal, Janice Steel, Catonia O’Neal (Thaddeus Jemison Sr), Tommie O’Neal Jr (Keli Blackwell) and a bonus daughter Urayniah McCants. Nine grandchildren: Sherena, Oliver, Deja, Steve, Kee’Vona, Kee’Shay, Thaddeus Jr, Tyran, Kymari; three bonus grandkids: Uryah, U’rontee, U’Marcus, and 17 great-grandkids. Siblings; Janice Chapin (Boykin) of Mission Viejo, CA, John Allen O’Neal Jr. (Mamie), Bennie O’Neal, and Ernest O’Neal (Deloris) of Chicago, Illinois, Jackie O’Neal (Gloria) of Tallassee Alabama, Brother-in-Law James Henry Sr. (Christine) of Cincinnati Ohio, and a host of additional family and friends. 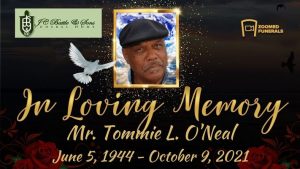