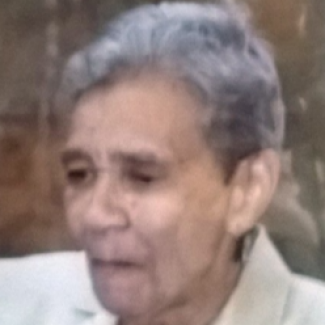 Verna Mae Moore was born in Judsonia, AR on August 3, 1924 to the late Willie Mae Mullens and Alex Moore.

She and her mother moved to Louisville, KY. She became a member of Saint Augustine Catholic Church. She was educated in the Louisville School System.

She met John Lee Zellars and married in February 1945. Three children were born to this union. She later moved to Cincinnati, Ohio to be with her mother and stepfather, John McCants.

She worked most of her life as a domestic worker.

Verna helped to start a cub scout for her son and friends; a Great Den Mother to the cubs.

She later met the late Harold Walker and married in May 1959. After retirement, Varna volunteered at Dress for Success and the VA Hospital. Verna loved to travel and drinking her beer with her friends.

Verna was preceded in death by a son, John Lee Zellars III and a great-grandson, Harold Lee Zellars, Jr.

She leaves to cherish her memory: a devoted daughter, Mae Meriweather; a loving son, Howard M. Zellars (Gwen); four grandchildren, Harold (Vonnie), Arnold, Verna (Mickey) and Michael; 13 great-grandchildren and 18 great-great-grandchildren; and a host of other family and friends. 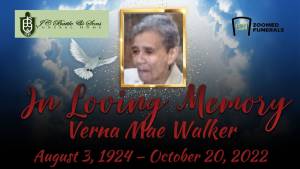