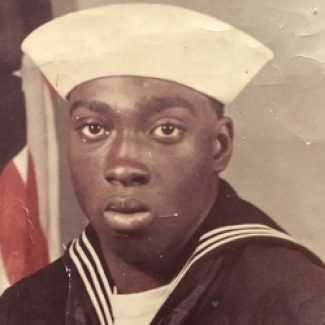 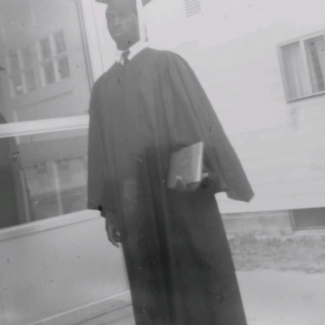 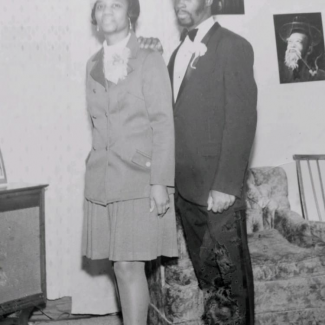 A virtual funeral service for Walter “Buster” Gaines, Jr. will be live-casted on Zoom and on Facebook.

Buster was born in Birmingham, Alabama on July 17, 1948 to Walter Gaines, Sr. and Gertrude Hicks.

Buster spent his initial childhood years in Birmingham, Alabama before moving to Elyria, OH with his family during elementary school. He graduated from Elyria High School. While in school, he was a member of the wrestling and track teams. After high school, Walter enlisted in the United States Navy (following in his father’s footsteps), where he served from 1967-1969.

After honorably serving his country, Buster resettled in Elyria, OH for many years before moving back to Birmingham, AL and eventually to Cincinnati, OH. Buster had a very strong work ethic and took pride in his work. He was skilled at roofing and landscaping. Buster had a good sense of humor and enjoyed making others laugh. He was a good cook and was also very generous to others.

Buster leaves to cherish his memory, his children: Darwin “Jamie”(Tammie) Mathis of Davison, MI; Martina “Rissie” Gaines, of Saginaw, MI; Consuela Gaines, of Saginaw Michigan, and Travest Gaines of Lorain, OH; his sisters JoAnn Board, of Elyria, OH and Aileen (Keith) Glass of Cincinnati, OH; brothers Michael (Patricia) Hicks of Cincinnati, OH and Randy (Meta) Hicks of Washington, DC. He will also be sadly missed by 23 grandchildren, 32 great grandchildren, and a loving host of nieces, nephews, other relatives and friends. 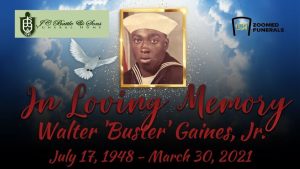