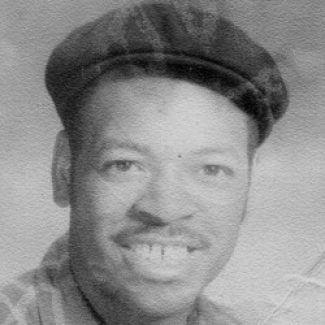 A virtual funeral service for Mr. Bean will be live-casted on Zoom and on Facebook.

He was an excellent baseball player, and he played alongside his brother-in-law, Tommie Austin, Jr., in the Cincinnati Negro League under the leadership of Pappa Banks. He also played in the semi-pro baseball for the Cincinnati Tigers. Pete worked for Cincinnati Public Schools for over 15 years as a janitor and then head custodian. He later took the boiler technician certification and passed it. Pete then worked for Cincinnati Milacron in Reading, Ohio for 25 years.

Pete was a shopper. He always knew where the sales, bargains and deals were. He loved grocery shopping. It was one of his favorite things to do. He always had the 411 on everything! Pete knew what was going in the neighborhood, the city and around the world. If he didn’t know it, it wasn’t happening! His family was able to give him a surprise birthday party for his 70th birthday. He tried to figure it out, but they got him and were able to pull it off.

Pete was a very hospitable person, especially when you came to his home. You were going to be entertained by music, laughter and food. You were going to see a concert when you came to his home. His favorite artist of ALL TIME was the Queen of Soul: Aretha Franklin. You could talk about anything and anybody, but you couldn’t talk about Aretha- it would be fighting words! His favorite gospel artist was Dottie Peoples.

His pride and joy were his grandchildren. They did not want for anything. Pete was very gifted with his hands, and he could fix just about anything. He was a very good photographer without the credentials. Pete took all the picture at the family gatherings, dances and concerts. Taking pictures was his side hustle for years. 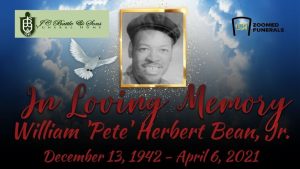